Are you looking for acupuncture in Columbia? Can you imagine how effective a health care discipline must be to stand the test of time for hundreds of generations? With a large portion of the media and research focusing their attention on the newest surgeries and medications, valuable and essential forms of health care are being forgotten. With acupuncture being practiced as a medical system for over 2400 years, its safety and effectiveness has been proven time and time again. While acupuncture alone has been shown to be the best line of treatment for many conditions, it can also be incorporated into various treatment plans to increase results and decrease treatment time. Pro Active Chiropractic Center - Columbia would like to use this short article to provide you with some basic information about acupuncture and to see if you could be one of the millions of people to benefit from its application.

As mentioned earlier, acupuncture has been practiced as a system of medicine for over 2400 years, but its philosophy and roots predate recorded history. In fact, it is believed that acupuncture was first performed using needles that were actually formed from grinding stones into fine points. As time progressed, the first text describing acupuncture as a system of medicine was produced around 300 B.C. (The Yellow Emperor's Classic of Internal Medicine). Soon after its introduction, finely crafted metal needles replaced the stone variety and it has been recorded that royalty routinely used gold and silver needles. While this original text has been revised, edited, and added too for thousands of years, it still serves as the foundation for the contemporary medical system. Today, acupuncture has been incorporated into many western paradigms and is practiced in hospitals and private health care clinics across the world.

How does Acupuncture work?

With all the toxins present in our various environments, it is important that our bodies are well suited to interact and deal with each challenge that we face. While traditional and western explanations of acupuncture vary, each fundamentally deals with acclimating our body to our surroundings. After thousands of years of research, various points across the body have been located that have a significant impact on our bodies overall physiology. Typically, depending on the desired end result, fine needles are meticulously positioned at these points to stimulate various aspects of our hormonal, immune, and endocrine systems. Once these systems have been stimulated, a number of neurotransmitters, natural pain killers, and hormones are released. Patients at our Pro Active Chiropractic Center - Columbia have described the following effects following acupuncture treatments:

Battlefield acupuncture is an auriculotherapy (Ear Acupuncture) protocol that was developed by Dr. Niemztow, MD. It has been utilized since 2001. It has become well known as a great way to reduce pain, and reduce dependence on opioids and other pain killers. It has been shown to work well for pain, migraines, low back pain, sciatica, neck pain, and headaches.

It is also known as ear acupuncture. This is a system based on the premise that the ear is a microsystem of the entire body. It has been shown to be very effective for pain, weight loss, addictions, and many other conditions.

What should I expect during my acupuncture treatment?

The first thing to understand prior to an acupuncture session is that the needles used are much different than those that you would typically encounter at a hospital. In fact, most patients describe their acupuncture treatment as a calm and relaxing experience. In fact, some patients report feeling little to nothing at all. On your first visit to our clinic, we will begin by performing a thorough history and examination. After the results are analyzed, we will identify the problematic areas and develop an individualized treatment plan. After the sterile needles are positioned, patients typically rest for 30-45 minutes as the treatment takes its course. Depending on the individual case, massage, moist heat, or cold packs may be combined with the therapy. The total visit typically lasts around an hour. As with many conditions, the treatment effect can vary depending on the severity of the problem. Many patients report feeling immediate relief, while others describe noticing changes up to two days following the therapy. Depending on the patient and the number of visits, relief may last anywhere from a few hours to several weeks. It will be important to monitor this so that your treatment schedule can be altered appropriately. While side effects are minimal, some patients have reported minor bouts of nausea, bruising, muscle pain, and difficulty sleeping following their initial treatment. If this occurs don't be alarmed and notify your treating health care professional prior to your next visit.

If you would like to learn more about acupuncture or see if you could benefit from its incorporation into your current care, please contact our team at Pro Active Chiropractic Center - Columbia today for help. 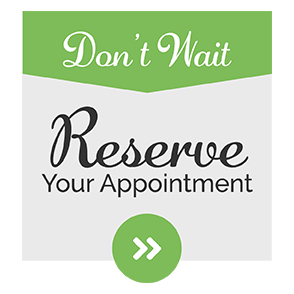